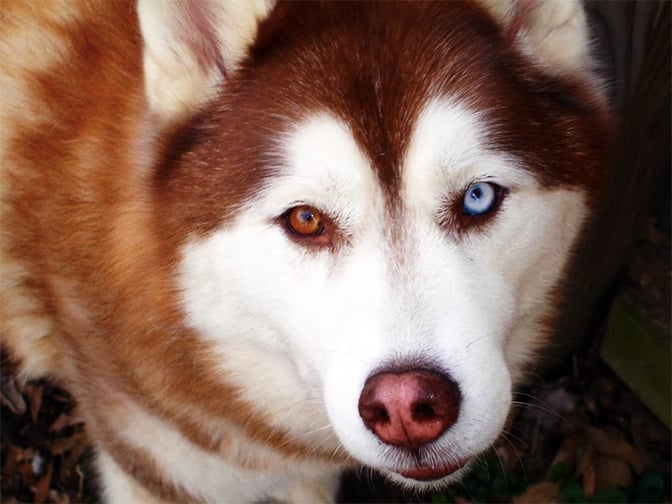 For thousands of years, humans have been tinkering with the health of dogs. From pointy-eared, sharp-faced wolf-like ancestors, we’ve shaped generations of canines into distinct breeds with unique features such as flat faces, stumpy legs and long silken hair.

But all that low-tech genetic engineering has taken a toll on the health of many modern dog breeds. Bulldogs, for example, are so physically distorted that they can’t even give birth naturally; 95% of bulldog puppies are delivered via cesarean section. Other dog breeds are notorious for being prone to hip dysplasia, heart conditions and eye problems.

Some dog breeds are considered, on the whole, to be healthier than others, particularly working dogs who are more frequently bred to maximize physical abilities than a particular look. Mutts, dogs whose DNA is made up of genetic material from a variety of breeds, also tend to be healthier than those that have been intentionally bred. Unfortunately, though, just because one dog breed is healthier on average doesn’t mean they don’t ever experience chronic medical issues or succumb to deadly diseases. Follow along as we bust some of the myths around the 10 healthiest dog breeds. 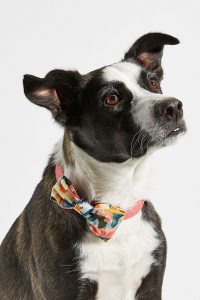 If interbreeding and overbreeding are the source of many hereditary health problems in dogs, it’s only reasonable to assume that puppies who were not a result of intentional type-breeding will be heartier and healthier on the whole. It’s not that mixed breeds can’t inherit genetic issues from their parents, it’s that it’s less likely for both parents to be predisposed to the same issues. On top of that, even if one parent does have a hereditary condition, that DNA will be diluted by the DNA of a completely different line in its offspring.

While we can’t predict which health problems mixed breed dogs are most predisposed to, we can expect that on average those conditions will be less devastating than those that may be inherited by bred dogs. In almost all larger dogs, hip dysplasia is a common health problem and in almost all small dogs, the trachea is likely to be sensitive to pressure and relatively predisposed to collapse. In older mixed breeds, cataracts, arthritis and other joint problems, hearing loss, and dementia are common, as they are in most senior dog breeds. 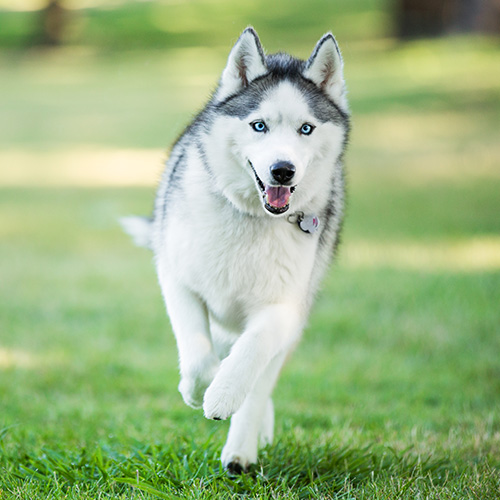 Siberian huskies and other northern working breeds like the Alaskan Malamute most closely resemble wolves, the ancient ancestors of the domestic dog, indicating that they have undergone less drastic human intervention and interbreeding than some other dogs. But Siberian huskies have their fair share of problems too, especially those that have been bred as pets not as working dogs.

Huskies are especially prone to eye issues. About 10% will develop cataracts, while others suffer from progressive retinal atrophy and uveodermatologic syndrome, both of which can lead to blindness. As large dogs, huskies are also predisposed to hip dysplasia, a painful disorder that affects the hip joint and requires surgery to improve 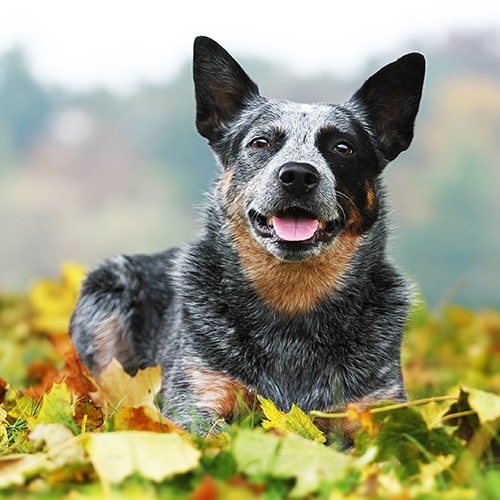 Australian cattle dogs emerged on ranches down under to help herd livestock. Traditionally bred for high intelligence and problem solving skills not looks, the Aussie cattle dog tends to be among the healthiest of modern dog breeds. On average, these medium-sized powerhouses live 10 to 13 years.

Australian cattle dogs, however, are predisposed to dysplasia of the hip and elbow. Osteochondritis dissecans (OCD), a condition that develops when diseased cartilage separates from the bone in the shoulder, elbow, hip or knee, is common, too. Aussies are also susceptible to problems with the eyes (particularly progressive retinal atrophy) and ears. It’s not uncommon for this breed to be born with or develop deafness later in life. 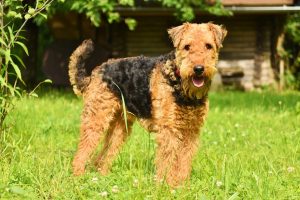 Bred to hunt small game and kill vermin like rats and otters in the English countryside, the Airedale terrier is resilient. Among its super-powers? Though it’s the largest of all terriers, the Airedale rarely has the hip dysplasia that is common in similarly-sized breeds—only about 10% of the population compared with up to 70%.

But while their joints and bones are relatively strong, heart, brain and blood issues plague the Airedale. This breed has a propensity towards heart murmurs and heart disease is a common cause of death in older dogs. The hereditary brain condition cerebellar ataxia, which causes poor balance and problems focusing, and autoimmune haemolytic anaemia, a rare but deadly condition that causes a dog’s autoimmune system to attack its red blood cells, can also occur. 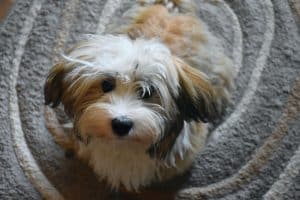 Compared to a lot of other toy breeds who suffer from health problems stemming from overbreeding for looks, the Havanese is quite hearty. This friendly, fluffy breed can live a healthy life for up to 16 years. But even those dogs who are the result of careful breeding may be predisposed to a handful of common medical problems.

Havanese health issues are often related to their bones and joints. Chondrodysplasia punctata (CD), which causes the leg bones to grow unevenly, and Legg-Calve-Perthes (LCP), which causes limping, arthritis and joint pain, are common in Havanese. So is patellar luxation, a chronic condition that causes the elbow joint to slip out of its socket. Havanese are also prone to liver shunt, a congenital condition that causes toxins to build up in the heart instead of being cleared out by the liver. 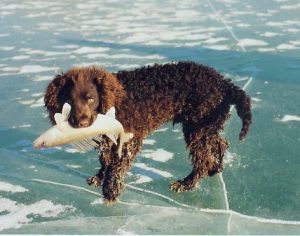 In general, the American water spaniel is a healthy breed. A working dog that hails from the Great Lakes region where it was developed to hunt, flush, and retrieve game and waterfowl, this medium-sized breed typically lives 10-12 years with only minor health issues.

The most serious problems regularly affecting the American water spaniel are found in the heart. The AWS is predisposed to mitral valve disease, a condition which causes the heart to murmur and work less efficiently over time. American water spaniels are also prone to patent ductus arteriosus, a defect that can lead to heart disease and/or heart failure, and pulmonic stenosis, the malformation of a heart valve which can block the flow of blood from heart to lungs. 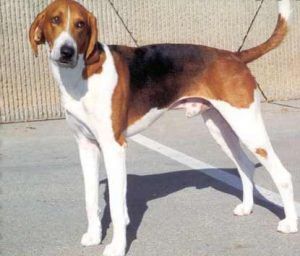 Another mid-sized working breed, the foxhound was bred to do just what its name suggests: hunt foxes. Foxhounds are now more often bred as family dogs than fearless hunters but, at least so far, the breed has remained hearty and mostly healthy.

Like other dogs their size (45-75 lbs) foxhounds have their fair share of hip dysplasia but the most concerning conditions they face are found in the blood. American foxhounds are predisposed to thrombocytopathy, a platelet disorder that prevents blood from clotting and can lead to a tendency to hemorrhage. Another disorder sometimes found in foxhounds, Pelger-Huet anomaly, affects the white blood cells. 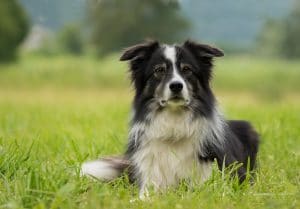 Built to work, the border collie is a whip-smart, hard-working and generally healthy breed. Frequently bred to maximize physical and mental abilities instead of looks, most border collies live long, energetic lives of up to 15 years. 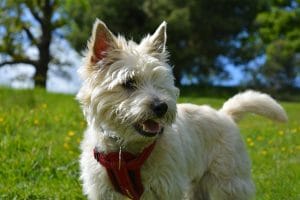 A little spitfire of a dog, the cairn terrier is scrappy and strong. They live long lives (on average 13-14 years) and, compared to many purebred dogs, have relatively few genetically-inherited health issues.

The worst of the cairn’s health concerns is globoid cell leukodystrophy (GCL), a rare disease that affects nerve cells and causes tremors, weakness and a lack of coordination. Veterinarians often recommend testing cairn terriers for GCL, which is caused by a genetic mutation. Cairn terriers are also prone to less life-threatening issues such as craniomandibular osteopathy, which makes it painful for a dog to eat, and glaucoma, which causes damage to the optic nerve and can lead to blindness. 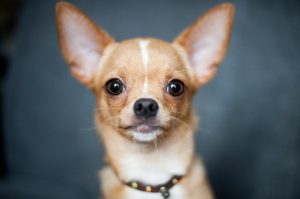 Given their size, it’s easy to assume that Chihuahua’s are fragile creatures. But the smallest dog breed on Earth is actually a tough little cookie, with an average lifespan of 14-18 years. This is, in part, due to the fact that many Chihuahua puppies aren’t the result of intentional breeding but of human carelessness, meaning that their hereditary lines are more diverse than that of most dog breeds.

Most of the conditions the chihuahua is susceptible to are found in toy- and small-breed dogs across the board, including tracheal collapse, bad teeth and gums, and luxating patella (dislocation of the kneecap). Chihuahuas, which often have large heads relative to body size, are also prone to hydrocephalus, a condition that causes the skull to fill with spinal fluid and causes a number of neurological issues. Hypoglycemia—low blood sugar—is another condition common to chihuahuas, which causes disorientation, drowsiness and, in more severe cases, seizures.